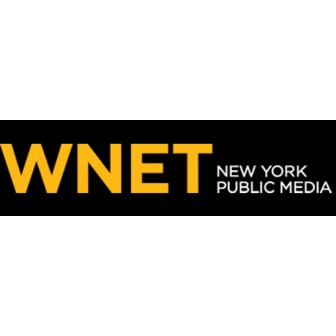 
WNET is a company that also runs a non-commercial educational television channel. The station is licensed to Newark, New Jersey and covers the New York Metropolitan area. WNET is also the parent company of Long Island based Public Broadcasting System (PBS) and WNET is considered to be the most watched PBS station in the country with its sister concern WLIW being the third most watched channel.

Some of the channels that the organization manages and runs include THIRTEEN, WLIW21, KidsTHIRTEEN, WLIWCreate, WLIWWorld, THIRTEEN on Demand, THIRTEEN Kids on Demnad and V-Me. The content for these channels includes topic related to arts and culture, news and public affairs, science and natural history, documentaries and children programming. The organization also creates the Celebration of Teaching and Learning.

The Tisch WNET studios are located at the Lincoln Center and this state of the art facility is the location for many production shoots. Some intimate concerts, lectures and screenings are also held at the center. Some of the signature programs of the channel include American Masters, Cyberchase, Great Performances, MetroFocus, Nature, Need to Know, Reel13 and Sunday Arts.

There are various ways in which people can support the various channels that are broadcasted by this group. One can join the channel, subscribe or renew a membership or simply donate to the cause of bringing information to children and adults. The support that people give is what really ensures that the content of these channels is always of high quality and top production value. Some of the subscriptions can get a person discounts at various museums, theatres, concerts and retail establishments as well.

Other ways of giving include the memorial and tribute gift option, kid club thirteen options, corporate donations and the opportunity to donate your old car too. Since the organization is a non-profit one, it does not look at commercials for revenue and depends mainly on memberships and donations.

WNET is a pioneering media institution that focuses on bringing information to people. The company has been recognized for its intelligence, innovation, integrity and inspiration. And these qualities are reflected in the programming schedules that the channel has. The goal that the channel tries to achieve in everything that it does is - to deliver media experiences of lasting significance for New York, America and the World.

The various channels that the corporation manages include those that provide educational information, and create cultural awareness among the viewers. These programs are also available online. Partnerships are at the heart of the company's access to great production series also. It also provides educational content to various other channels that are looking at broadcasting in other areas.

The company does not believe in getting information to viewers in a dull and drab manner. It understands that to make learning and education fun, there are various creative initiatives that the company will need to take in order to have an impact. One of the offshoots of such a creative initiative was Blueprint America, a year round cross platform exploration of crumbling infrastructure of the country. Initiatives have also been taken to merge video education with online education in order to take the content to the world.

The organization believes that partnering with the company can provide viewers with an option of consuming content without the interruptions of corporate messages, allowing them a far higher level of control. The organization also feels that there are various other educational ways in which a brand or corporate message can be communicated to the audience even as they ensure education and high quality content is delivered.

So far the vision of the organization has borne fruit and there are various corporations and individuals who have come forward to donate to this educational cause.

WNET started off as a commercial channel in 1948. It was owned by Atlantic Television, a subsidiary of Bremer Broadcasting Corporation. The channel was known as WATV and was the first of the three television stations to start in 1948. It was also the first independent station and one of the first programs that became popular was Daywatch.

In October 1957, Bremer Broadcasting Corporation announced that they has sold off the station to National Telefilm Associates for a sum of $4.5 million and a few months later in May 1958 the channels call sign was changed to WNTA-TV. The cash reserves that National Telefilm Associates had made it possible for the channel to produce programs that had a better focus on the events and people of New Jersey. Some of the early programs included the drama series Play of the Week, talk show Open End and children's show The Magic Clown. Despite these changes the channel was nowhere compared to the other independent channels in the area.

Among the many organizations that bid for this debt laden channel was Educational Television for the Metropolitan Area (ETMA). The company involved people from cultural backgrounds, educators and local businesspeople. They felt that the frequency allotted as the non-commercial frequency was not adequate to cover the market. The initial bid of $4 million was rejected by NTA but ETMA was persistent and later bought the channel for $6.2 million in 1961.

After a few legal issues channel 13 was ready to be reborn towards the end of 1962 and as it was launched as WNDT New York city got its first educational channel and that too in the VHF band. Since then, the channel has covered various aspects of education on television and ensured that the people of New York receive all this information without being hassled by commercials. And all this has been made possible due to the donors that subscribe to the channel and donate in various ways to the channel.

There are currently no articles available.
Related Categories
Arts, Culture and Humanities Media