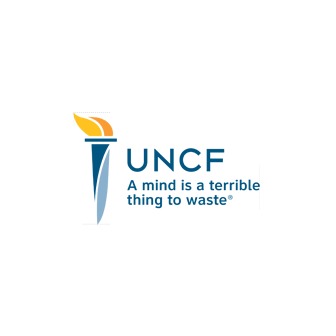 
The United Negro College Fund is an philanthropic African-American organization. It raises funds for college tuition for black students and scholarships for 39 private historically black colleges and universities. The United Negro College Fund was created in April 1944 by Dr. Frederick D. Patterson, Mary McLeod Bethune and a few other people. The headquarters of the organization are at in Fairfax County in Virginia. A large number of students that the fund helps are deserving students who should go to college and most of them have an annual income of less than $25000.

The fund administers over 450 names scholarships and even though the fund was initially set up to help African Americans, the scholarships are available to all ethnicities. Some of the prominent United Negro College Fund alumni include Dr. Martin Luther King Jr., Alexis Herman, Spike Lee, Samuel L. Jackson and Dr. David Satcher.

The organization believes that it is criminal to waste a mind and feels that all those who have the ability should be given the opportunity to learn and use it to give back to society. The maxim “a mind is a terrible thing to waste”, has become one of the most popular slogans in advertising history.

The fund receives charitable donations for the scholarships. Some of the prominent donations have been made by famous personalities like John F. Kennedy and Walter Annenburg. While President Kennedy gave up all the money that he received as his Pulitzer Prize for the book Profiles in Courage, Annenburg donated $50 million to the fund in a single offering.

The United Negro College Fund has a vision of a nation where all Americans have an equal opportunity and access to college education so that they can prepare themselves for a life that is richer and fuller. They believe that a college education can help people get competitive, allow them to have fulfilling careers and become citizens who can give back to the society and the nation.

Specifically the United Negro College Fund helps students from low income families by paying for the tuition fee, text books, room and boarding along with other college expenses. Some of the initiatives that the United Negro College Fund has like the UNCF/Merck Science Initiative have internships too. These are the scholarships that have specific areas of education in mind; like in this case, medicine.

The United Negro College Fund has various member colleges and most of them are historically black colleges and universities or HBCU. HBCU was defined by the Congress in 1965 and the term was coined for any educational institute that was established in order to primarily provide education for African Americans.

In order to make the dream come true, there are various kinds of fund raising events that the organization also manages. Some of the ways in which people can make a contribution is by mailing a check or sending a cash gift online. People can choose to make a one-time contribution or make a planned gift that is credited to the organization's account each month.

In addition to that United Negro College Fund is also helping member colleges and universities to become stronger and self-sustaining. There are aspects like setting the curriculum and enhancing faculty that are also looked into so that the organization can ensure good education to all.

The beginning of the United Negro College Fund was a simple appeal to the national conscience to raise money in order to help black students study and get educated. This appeal was sent out to the nation by Dr. Frederick D. Patterson in 1944. The next year in the month of April, Dr. Patterson, along with Dr. Mary McLeod Bethune and others incorporated the United Negro College Fund. At the start of the organization, they had the support of 27 member colleges.

Some of the early supporters of the fund included President Franklin Delano Roosevelt and John D. Rockefeller, Jr. The fact that these eminent personalities supported the fund was a great boost to the efforts that were conceptualized with regards to raising funds. Initial efforts resulted in $760,000, an amount that was worth much more than it seems today.

The United Negro College fund has attracted many donors who have come across with cash gifts and other offerings to help keep students in their college. The funds allow these students to pursue their academic goals without having to worry about how the next session's tuition fee will be paid.

The campaign created by Forest Long, an executive at Young and Rubicam, in 1972 created advertising history through an advertising campaign for the United Negro College Fund. The tag-line “A mind is a terrible thing to waste” is considered to be one of the most memorable tag-lines ever. It appealed to the people to keep all prejudices aside who came together to help people learn to the best of their capabilities.

The United Negro College Fund has helped many families send their children to school. They have made a contribution to society that cannot be compared to any other. Those who have benefited from the scholarships of the fund are now independent and free people who are giving back to society what they have taken.

There are currently no articles available.
Related Categories
Education and Research College and University