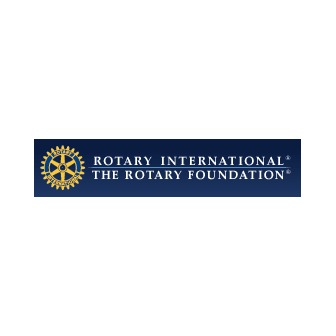 
The Rotary Foundation is a charitable wing of the Rotary International and works on the same ideas and principles. The Rotary Foundation aims at achieving various goals through different services and programs, which include creating goodwill and peace throughout the world. Health and education plays a significant role in achieving the goals and objectives. It is through the improvement of health, support of education and by alleviating poverty that one can create peace and goodwill throughout the world.

The Rotary Foundation was started in the year 1917. It was the initiative of the sixth President of the Rotary International, Arch C. Klumph. It was created to serve as a donation fund for Rotary, so that the Rotarians can do well in the world through humanitarian works, cultural exchange programs and education. It is run by the contributions made by the Rotarians as well as their friends and people interested in donating for the advancement of world peace and goodwill.

The "PolioPlus" is the polio eradication program being taken care by the Rotary Foundation. There are about two billion children from all round the world who have received polio vaccination ever since it started in the year 1985. It is due to their constant efforts that there are 209 areas, territories and countries in the world which can be referred as polio-free.

There are few Humanitarian Grants Programs in place to support humanitarian programs locally as well as internationally. The Educational Programs offered by the Rotary Foundation play a crucial role in the improvement of education worldwide.

This non-profit organization started with a contribution of USD 26.50 has now reached a whopping USD 55 million. The Bill and Melinda Gates Foundation has also donated $355 million for the smooth and proper working of the foundation. Hence, through its various programs, Rotary Foundation has been striving to achieve understanding and peace all over the world with the improvements in health, education and humanitarian programs.

The main mission of this not-for-profit corporation, the Rotary Foundation is to create understanding, peace and goodwill throughout the length and breadth of the world. Improvement of health conditions, support of education and the alleviation of poverty, are some the other main ways by which the Rotarians strive to make the world a better place to live.

The Rotarians, in order to realize their mission, contribute to the non-profit corporation voluntarily. They are helped by their friends who want to do their bit in this noble mission. There are people from all spheres of life who contribute whole-heartedly in order to reach the purpose. There are several grants and programs through which both the Rotarians and people interested can make voluntary contributions.

One can purchase a well for an entire village or can help in promoting education facilities there. It may also be in the form of humanitarian gestures like providing scholarships to needy students or money for the treatment of a poor person. However, the main mission of the Rotary Foundation is to make a polio-free world.

Numerous Rotarians are working in order to eradicate polio in the PolioPlus program. They make sure each and every child is being immunized against this crippling disease all throughout the world, even in the strife-torn and poverty ridden third world countries. Disaster Recovery, District Simplified Grants, Matching Grants are some of the Humanitarian Grants Programs wherein Rotarians as well as their friends donate money to serve a specific purpose.

Ambassadorial Scholarships, Group Study Exchange, Rotary Peace Fellowships, are some of the Educational Programs which provide scholarships to a large number of students. These programs ensure that scholars get the requisite financial help in order to further their studies. Student exchange also plays a significant role in creating cultural and social ties between different countries. Rotary Foundation is certainly on track to achieve its future goals.

It was in the year 1928 that the endowment fund increased from USD 26.50 to USD 5,000. During this time, the corporation got the name "The Rotary Foundation", which in due course of time went on to become an important wing of the Rotary International.

The responsibility of the various stages of operation of the Rotary Foundation including investing, managing and administering its property were offered to Five Trustees, which included Klumph. It was the "International Society for Crippled Children" organization which received the first donation made by the Foundation in the year 1930. Edgar F. "Daddy" Allen was responsible for forming this organization looking after the welfare of physically handicapped children.

The growth of the organization became stagnant due to the effects of Second World War. However, after the war and after the death of the founder of the Rotary International, funds came pouring into the organization. Paul Harris Memorial Fund came into existence with the help of large number of contributions that in turn gave shape to the Foundation.

The "Ambassadorial Scholarships" which was the first Rotary Foundation program, launched in the year 1947. The main mission of the Rotary Foundation, the PolioPlus program took off in 1985. These forums led to the various innovative programs of the foundation.