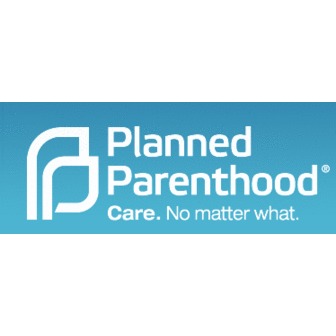 
The organization is responsible for providing vital reproductive healthcare, information and sex education to millions of men, women and youth across the United States. The organization along with its team of highly skilled healthcare professionals offers high quality medical care to teens, women and men at affordable rates. Planned Parenthood Federation of America has around 83 affiliates which are locally governed across the United States operating more than 800 healthcare centers catering to the diverse needs of various communities.

The healthcare centers affiliated to Planned Parenthood Federation of America provide a wide range of healthcare facilities which includes preventive and primary care to avoid unintended pregnancies by using suitable contraceptives. It also helps prevent sexually transmitted infections by conducting tests and offering treatments, screening for cervical and other cancers as well. Trained physicians and nurses encourage questions and educate the patients by clearing their doubts and queries regarding sexual health.

The organization is also responsible for providing sex education to the American communities. The team of highly skilled professionals provides medically accurate information to millions of men, women and teens, which will help them in making informed choices and also minimizing the rate of teen pregnancies and sexually transmitted infections.

The federation also advocates for policies that will allow the American citizens to gain access to comprehensive sexual and reproductive healthcare and related information. The network of volunteers, supporters, activists and donors get actively involved in various campaigns across the nation to advance and protect women's rights and their health.

Planned Parenthood federation of America is the leading reproductive and sexual healthcare provider in the United States which works alongside various partner organizations all over the world to improve the sexual, reproductive health and the well being of families as well as individuals. The organization believes in a person's right to manage his/her fertility, regardless of marital status, sexual orientation, income, race, age, nationality, ethnicity, or location.

With these beliefs, the organization has set up around 84 independent local affiliates in the United States responsible for running around 800 healthcare centers across the country which provides quality healthcare services to men, women and teens offering family planning to a large part of women population.

The organization in responsible for providing sex education, sexual and reproductive healthcare and related information to more than 5 million people around the world every year. The main focus of the organization is on prevention of unintended pregnancy along with pap tests and breast examinations for detection of cancer in addition to tests and treatments for sexually transmitted diseases. Abortion services make up to 3 percent of the Planned Parenthood healthcare services. They also provide educational program to more than 1.2 million people every year and has about 4 million activists, donors and supporters lobbying for women's health, safety and the fundamental reproductive rights of the people.

The organization believes that the reproductive self determination is a voluntary action and the right to privacy of the individual needs to be preserved. The reproductive self determination will enhance the quality of life and relationships. By keeping all these in mind, they provide comprehensive reproductive and complementary healthcare services by preserving and protecting the privacy as well as rights of individuals. It also advocates public policies that ensure the rights and provides access to healthcare services. It also educates the masses about sexuality and its implications on individuals and society and also carrying out various research programs regarding reproductive and sexual healthcare.

The origin of Planned Parenthood Federation dates back to 1916 when the first birth control clinic in the United States was opened in Brooklyn, New York by Margaret Sanger and her associates. This clinic later in 1938 organized the first and only birth control organization at that time, known as American Birth Control League which remained so until the 1960s. The league had around 222 centers operating across the country by the year 1941 and by 1942 it became a part of the Planned Parenthood Federation of America.

This organization with the help of a number of volunteers had been providing family planning counseling to a large number of communities across the United States by the end of 1960. Planned Parenthood federation of America later on went on to become one of the founding members of the International Planned Parenthood Federation which started in 1952.

Until 1962, Sanger was the president of the Planned Parenthood Federation and then she was replaced by Alan Frank Guttmacher during whose tenure, the sale of the original birth control pill was cleared by the United States Food and Drug Administration thus providing a new found reproductive freedom to women. Later on the Federal Government funded various domestic as well as international programs on family planning. A semi autonomous division, The Center for family Planning Program development was started during the tenure of Alan Frank.

In 1978, Alan Frank was succeeded by Faye Wattleton who led the federation to an exponential growth and during her tenure the organization became the seventh largest charity in the United States servicing four million clients and running 170 affiliates. Planned Parenthood Action Fund was started by her successor Gloria Feldt along with Responsible Choices Action Agenda to prevent unwanted pregnancies and improve reproductive healthcare system. Global Partnership Program was also initiated during her tenure. Currently Cecile Richards is the president of the organization, which is doing a valuable service to the people of United States.