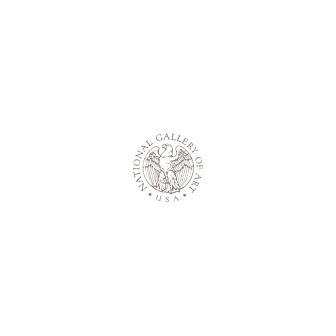 
Located on the National Mall in Washington D.C., the National Gallery of Art was established in 1937. The decision to create this establishment was taken by the United States Congress and the funds for construction of the building, creating the art collection and maintenance was donated by Andrew W. Mellon. A large number of people also donated arts works and prominent among these were Paul Mellon, Ailsa Mellon Bruce, Peter Arrell Brown Widener,Samuel Henry Kress, Lessing J. Rosenwald, Rush Harrison Kress, Joseph E. Widener and Chester Dale.

The collection that the gallery has traces the manner in which art developed from the Middle Ages to the present day times. The artifacts and items that are part of the collection include drawings, paintings, sculptors, photographs, prints and decorative art forms too.

The National Gallery of Art comprises of two buildings - the West Building and the East Building. The two buildings are connected by a large underground passage. The West Building was designed by John Russell Pope and contains pink Tennessee marble. The design of the building is in the shape of an elongated H and the central rotunda is like the pantheon in Rome. This is the wing that contains the collections from the medieval period. Some of the artists whose work has been displayed here include Jan Vermeer, Claude Monet, Rembrandt van Rijn, Vincent van Gogh, and Leonardo da Vinci.

The East Building is the one that has the collection of modern and contemporary art. Here one can find the works of Pablo Picasso, Henri Matisse, Roy Lichtenstein Jackson Pollock, Andy Warhol and Alexander Calder. This is also the wing that has the offices of the National Gallery of Art and the research rooms.

The National Gallery of Art is supported by funds provided by the United States federal government. The artwork and special programs are managed with the help of private donations and funds.

The National Gallery of Art aims to 'serve the United States of America in a national role by preserving, collecting, exhibiting, and fostering the understanding of works of art, at the highest possible museum and scholarly standards'. The galley believes that they are the caretakers of the art and culture of the country and therefore help preserve it for the future generations to see and learn from.

All the policies, procedures and actions that are taken by the gallery are based on the ultimate objective of collecting and preserving the various pieces of art. There are also some goals, bylaws, staff guidelines and trustee action points that have been created to ensure consistency of approach.

The National Gallery of Art considers preserving the collection as its principal duty. This is because preserving is the only method in which the collections can be kept safe for the future generations. There are specific programs that are created to ensure that the paintings, sculptors and other artifacts in the collections are checked and treated over time. This is done keeping environmental safety in mind too.

Increasing the collection so that a larger number of art pieces can be displayed is another goal that the gallery has. There is an attempt to fit in all pieces of the art-history from the Middle Ages to present day that came from the United States and Europe. Showcasing the works of art in the right manner with the correct information about the art piece is another objective that the gallery has. The methods of maintenance, installation, display and interaction that are used in the National Gallery of Art are extremely professional and of the highest standards.

In addition to all the above, the National Gallery of Art also believes strongly in fostering an understanding about art among people. Research is carried out on art, art styles and specific pieces of the collection to understand the same in better light. The gallery sees itself as an educative institution and therefore helps the general public also achieve a sense and insight into art.

The start of the National Gallery of Art was when financier Andrew W. Mellon started creating private collection of old master paintings and sculptures during World War I. While he did not tell anyone at that time, in the 1920s he changed his motives and started collecting newer paintings and sculptors with an establishment in mind.

This intent and motivation became apparent when he formed the A.W. Mellon Educational and Charitable Trust that became the legal owner of the collection that he had put together. This occurred in 1930. The trust continued the collecting efforts of A.W. Mellon and they made their first acquisition in 1930-31 when they acquired 21 paintings from the Hermitage Museum in St. Petersburg. Raphael's Alba Madonna and Jan van Eyck's The Annunciation were part of this collection.

Later when Mellon wanted to endow a new building to house the collection, his trial for tax evasion based on the Trust and the Hermitage paintings led to a change in plans and delay for some time. Later in 1935, Mellon announced that he wanted to create different buildings for old masters work and the Smithsonian pieces of art. The whole project depended on the "attitude of the government with regards to the gift".