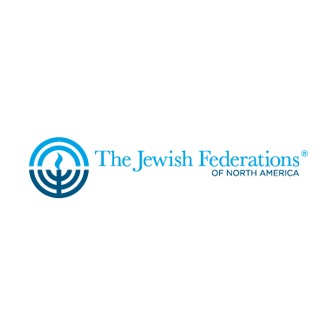 
Jewish Federations of North America (JFNA), formerly United Jewish Community (UJC), is basically an amalgamation of 3 popular organizations which had similar goals. The United Jewish Communities officially changed its name as Jewish Federations of North America in the year 2009. This was to create a stronger brand and representation. The JFNA has a new logo too. It is easily rated among one of the most popular non-profit organizations in the world.

Jewish Federations of North America (JFNA) is an umbrella organization that formally represents a network of hundreds of Jewish smaller federations and communities. Today this is one of the largest charitable networks in the United States.

The purpose of this union was to provide a network of social service programs working towards supporting humanitarian services in many countries across the world. The functioning of the organization is determined by its five "Pillars". However, one of the pillars was closed just a year after it came into existence. The following sections address the functioning of each pillar in the UJC.

Financial Resource Development: This pillar is mainly responsible for the fundraising tools and trends. It provides publications and consultation on fund raising for the local Jewish Communities.

Human Resources and Social Policy: As the name implies, this pillar addresses the human, health and social needs of the Jewish community. It provides planning, training, allocation and placement of staff resources.

The last functioning pillar of UJC is the Trust for Jewish Philanthropy Development. UJC is now considered amongst the well-known organizations not just in United States but in many other countries too.

The federation's pledge is to "live generously" by getting support from all other communities for humanitarian assistance programs. It runs these programs in the United States and sixty other countries including Israel.

The UJC plays an important role not only in voicing the views of the American Jewish people but also advocates for the Jewish Community in Israel. It has supported fund raising, publicizing the social and health needs of the Jewish Community. It has also helped in resettlements, promoted education and awareness of the Jewish religion outreach etc. There are some of the services that the UJC has done in the past and determined to continue the same in future.

The support that has been extended by the UJC in the form of monetary, health and education has proved very handy for the beneficiaries. The money comes in the form of public fund raising, effective social networking, government sanctions, awareness programs, workshops, sponsorships and individual contributions.

It runs its programs by promoting hand-on volunteerism, effective philanthropy social networking, shared network and working together towards the same goal. The UJC is considered as the second largest philanthropic network in the United States. With its amazing contribution to the society, the UJC has truly lived up to its own expectations.

The UJA was formed in 1939. Its main purpose was to help the American Jewish Joint Distribution Committee, the united Palestine Appeal and the National Refugee service in fund raising efforts and thus benefit the European Jews. It helped in the resettlement of the 370,000 Jews to the United States. It still functions as an independent unit helping the UJC.

The Council for Jewish Federations (CJF) was first created as the National Council of Jewish Federations and Welfare Funds. It was renamed as CJF in 1932. Its primary intent was to raise funds and address the needs of the Jewish Communities, both at local as well as the national level although not internationally.

The United Israel Appeal (UIA) was formed in 1925 in order to ease the efforts of fund raising of the Haddasah and Hebrew University, Jewish National Fund and the United Palestine Appeal. It was named the United Israel Appeal in 1952. It has served and continues to serve as a bridge that connects the American Jewish Community and Palestine (Israel). In 1973, it secured grant money from the United States Government for resettlement of Jewish people to Israel.

After the formation of UJC in 1999, the organization has conducted many services and programs for the benefit of Jewish community. The Tag-lit Birthright Israel (2000), Ethiopian National Project (ENP, 2001), Masa Israel (2003), Israel Emergency Campaign (2006) are few of them. In the year 2009 JFNA introduced a new logo so as to symbolize a stronger brand and market name for the Jewish Community.

There are currently no articles available.
Related Categories
Religion Jewish