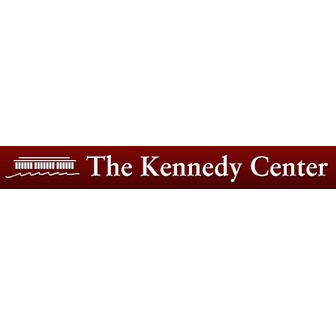 Opened to the public on September 8th, 1971, this center produces and presents various kinds of art forms including theatre, dance, ballet, orchestral music, jazz, popular arts, folk music and more. There are also multimedia performances that are organized for all ages. It is estimated that about 2000 performances are organized every year reaching a total of 2 million people. Including the production tours, radio shows and television presentations, the reach of the J.F. Kennedy Center for the Performing Arts is far higher.

The building was designed by Edward Durrell Stone and the building was created by a Philadelphia contractor John McShain. The J.F. Kennedy Center for the Performing Arts received a federal grant every year to allow it to manage the maintenance of the building and carry on the operations required.

There are three main theatres at the Kennedy Center are the Concert Hall, the Opera House and the Eisenhower Theatre. The Concert hall seats about 2400 people and has been designed in a manner similar to other European theatres. A gift from Norway, the Hadelands crystal chandeliers have been placed above to make the lighting better. There is also a 4,144 pipe organ that is placed behind the stage. Relatively newer additions have been an acoustical canopy and new seating sections.

The Opera House has about 2300 seats and is adorned by red velvet and gold silk curtains, a gift from Japan. There is also Austria's gift, the Lobmeyr crystal chandelier too. Extensive renovations were done in 2003-2004, during which time the theatre was closed for a while. A changed seating arrangement and redesigned entrances were the key aspects that were changed. The Eisenhower Theatre is relatively smaller with a seating of about 1163 people. This theatre hosts ballets, musicals and small scale operas.

The main aim of the J.F. Kennedy Center for the Performing Arts is to fulfill the vision that President J.F. Kennedy has with regards to culture. He intended that a national cultural center should produce and showcase various performances that included music, dance, theatre and more. The intent was to encourage and support artists of all nature and across all cultural fields in order to ensure a rich culture.

The center is intended to be the leader in serving the nation in producing, creating and presenting the best pieces of art across the world. It also aims at being a leads in arts education. Today the center is probably the busiest performing arts center across the country. It reaches out to more than 2 million people every year based on the on-site performances and the number of people that it reaches out to on the basis of radio programs, tours and television programs is far higher.

While the total number of performances in a year is estimated to be around 2000, there are 400 free performances of music, dance, theatre and more that are allowed each year. These are mainly presented to allow young budding talent to be able to showcase their talents to the many art lovers who visit the center regularly.

The performing arts center is a not-for-profit organization. It is basically run on the annual grant that it gets from the federal government. At the same time, it also looks for support from individuals and corporates in order to lessen the burden on the Federal Reserve. Support can be extended to the center in the form of individual contributions, corporate grants, and charitable estate planning and volunteering.

Individuals can support the culture cause by contributing as less as $60 to as much as they want. Those who contribute are eligible to get some special bonuses and discount of performances that are staged.

The initial idea to create a center for performing arts was seeded when First lady Eleanor Roosevelt was discussing ways and means of providing emergency relief to create employment during the Great Depression in 1933. In 1935 the Congress discussed plans to create a department of science, art and literature to build a monumental building near Capitol Hill. In 1938, there were discussions about opening a larger center that shall be called the National Culture Center but nothing really came out of all these discussions.

The idea was discussed again in 1950 when US representative Arthur George Klein introduced a bill to raise funds for a cultural center again. The idea was to create a memorial for President Roosevelt too. Amidst a lot of controversy, the bill was finally passed in the summer of 1958. President Dwight D. Eisenhower was the one to sign the bill to make it into a law.

The bill passed in 1958 was the first one in which the federal government was funding something that would further performing arts. Between $10 million and $15 million needed to be raised in in the next 5 years after the bill was passed. The designs submitted by Durrell had an estimate of $50 million and these were almost double of the estimates that the federal government had assumed. Even though the cost increased up to $61 million by November 1959, the center was created. The name of the center was changed to J.F. Kennedy Center for the Performing Arts after the assassination of President Kennedy.

The fundraising for the center was managed by the National Cultural Center Board of Trustees. This was a team that was set up by Eisenhower in 1959. The fundraising was not too successful and slightly more than $13,000 were raised in the first three years. In 1961, J. F. Kennedy asked Roger L. Stevens to develop the center and take over as chairman of the Board of Trustees.