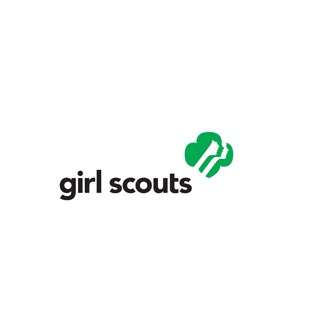 Girl Scouts of the USA


Girls Scout of America is am girls youth organization for every American girl in Untied States and those living abroad. It describes itself as "the world's preeminent organization dedicated only to girls". It is similar in function to the Boys Scouts of America in function and differentiates only in the fact that it is dedicated to serve only girls.

After a few years her hopes and dreams were realized. Today the Girls Scout of America has a membership of more than 3.2 million girls in the United States alone. There are over 50 million girls and women who are alumnae of the Girl Scouts.

The Girl Scouts help girls discover the fun, power and friendship of girls together. Through an array of enriching experiences like educational field trips, community service projects, sports skill building, environmental stewardships and cultural exchanges girls are able to grow strong and courageous. The girl scouts help them develop to their highest possible potential.

It shows them how to relate with understanding, to others as well as with respect and skill. They learn to develop a set of values to guide them and it provides them with a solid decision-making foundation. The girl's scouts also help them contribute to society's improvement through leadership skills, personal abilities and cooperation with others.

There are a number of different programs offered by the girl scouts that help the girls to grow, build character, self-esteem and leadership qualities. The girls also learn responsibility through their cookie program where they learn to be responsible sellers, collect money and be responsible in handing it back their leaders.

The Girl Scouts has an important partnership that was established in Congress with women members of Congress. The members of this honorary Girl Scout troop have pledged to help the Scouts with issues that are important to the Girls Scouts and girls in general on a national level.

For the Girl Scouts their membership builds confidence, courage and character. Over the years there have been a number of different mission statements. Nine in total and they all have some similarities to them. The first mission statement the Girls Scouts lived by was in 1912 and stated that girls must take their rightful places - first being good women, the then good citizens, mothers and wives.

Over time the purpose changed somewhat but much remained quite similar to the preceding mission. In 1917 the mission statement spoke of promoting the virtues of motherhood and training girls of their obligation to their country and God.

The next mission statement change came in 1924 when the leader of the organization said the organization was to help girls understand the ideals of being a woman so they can be prepared for what their responsibilities will be in their home and any service they give to the community.

In 1953, the Girl Scouts purpose was to help girls develop into resourceful, happy, individuals that can help as citizens in their communities, their home, and the country. In 1912, when Girls Scouts was started by Juliette Low she wanted the skills and values of the girls to be built by them and to give back through their service and leadership.

Today, the leaders of the organization are listening to what the girls want and what's important to them. Today's girls want new adventures and learn to build courage. They want to build confidence, discover their own abilities, to build a strong character and be able to speak their opinions and improve the world around them. Girls want a place that is all-girl in order to find their own voice and become community, national and world leaders. Therefore, the new leader of the organization has stated they have paid attention to the new girl's needs and will deliver what the girls have asked for.

The first Girl Scout troop was organized in 1912 by Juliette Gordon Low in Savannah, Georgia. There were just 18 girls that took part in that first troop meeting but it was the start of a long and storied history.

It was March 12, 1912 when Juliette "Daisy" Gordon Low hosted a meeting of 18 girls in Savannah, Georgia. She thought girls deserved the opportunity to develop spiritually, mentally and physically. The thought was to bring the girls outside their homes so they could help with community service and enjoy fresh air.

The 1920s brought the right for women to vote and the Girls Scouts prospered and increased in large numbers. The 1930s brought the Depression and the Girl Scouts helped their communities by collecting clothing, carving wood toys, making quilts, collecting food, helping at local hospitals and providing food to those that were undernourished.

In the 1940s, the Girls Scouts were divided into three sections - Brownie, Intermediate and Senior. This helped divide up what was really needed at each level to increase the services the Girls Scouts could give to their members.

In the 1950s the Girl Scouts were re-incorporated under a Charter from Congress. An Ebony magazine article said the Girl Scouts were attempting to break down the racial taboos in society and Project Safe Time was introduced for the first time. It was for girls whose parents could not care for them when school let out in the afternoons.

In the new millennium everything entered a new age with the rapid advancement of technology and the Girls Scout Research Institute performed its first study - "Teens Before Their Time". The study found that pre-teens of today were maturing must faster physically and mentally than prior generations but were maturing less rapidly emotionally than in prior generations.

There were exploration and science programs,that the organization offered thanks to grants from companies like Intel, Lockheed Martin and Lucent Technologies. Girls started using the web more and there were troop meetings held online and the new century brought new badges for the girls like Adventure Sports, Global Awareness, Environmental Health and Stress Less.