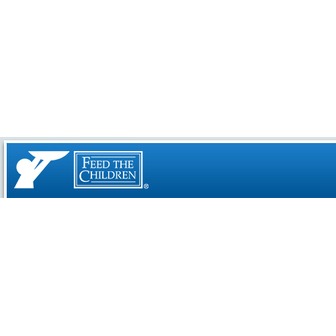 
Feed the Children is a Christian based, non-profit international relief organization founded by Larry Jones in 1979. While the organization provides global relief efforts, the headquarters are located in Oklahoma City, Oklahoma. The organization delivers essential necessities such as food, clothing, medicine, and other vital items to children and families lacking the critical necessities to sustain life as a result of war, famine, poverty or natural disasters. In 2009 alone, Feed the Children provided in excess of 111 million pounds of food and other items both domestically and around the globe.

Through a successful partnership with the National Association of Educators for Homeless Children and Youth (NAEHCY), Feed the Children has provided over 500,000 backpacks containing school supplies and food and personal hygiene items to underprivileged children enrolled in schools throughout the United States. Feed the Children also provides over 300,000 meals to students in Africa on a daily basis through an established feeding program to ensure the provision of well-balanced meals. In addition to domestic and efforts in Africa, the organization provides relief in many other countries including backward regions located in Eastern Europe, and Central and South America.

Although Feed the Children is ranked among one of the top international charities that depends on private and non-government support, the American Institute of Philanthropy rates the non-profit organization poorly with a failing grade based on its inadequate fiscal efficiency. The donor watchdog agency revealed the non-profit organization spends less than 25% of its cash budget on actual charitable programs. Feed the Children, however, argues that the discrepancy is based on the fact that the watchdog agency excludes in-kind gifts. While the debate continues regarding classification of in-kind goods, the watchdog agency warns that by combining overvalued items with the non-profit’s monetary spending habits, donors could potentially be misled.

Feed the Children’s chief mission is to provide hope and valuable resources for children and families that are in great need without the essentials to sustain life. The organization strives to fulfill its vision to ensure that no child or family ever has to go to bed hungry. Feed the Children also maintains its core values when launching both domestic and international efforts which include the following principles: Christianity, integrity, resourcefulness, stewardship, and transparency.

Domestic efforts in the United States focus on delivering necessity items to families in need. FTC Transportation, the organization’s owned for-profit subsidiary, is responsible for picking up donations from corporate warehouses and then delivering the contributions to one of the five existing Feed the Children regional distribution centers. The items are then re-distributed to independent and pre-approved partnering agencies that deliver the supplies to over 50,000 feeding centers, churches and homeless shelters. Feed the Children’s largest food distribution that was completed in one day occurred in December 2009 in the Streets of Harlem in New York City where 10,000 needy families received a refrigerator full of food items before Christmas.

Feed the Children’s international efforts include programs that provide food, medical assistance, emergency relief supplies, and sustainable development in under-served countries. One of the organization’s latest international relief efforts, Abandoned Baby Center (ABC), provides medical treatment and a safe environment for children orphaned or abandoned by poverty and AIDS in Nairobi, Kenya. Malawi is another location where efforts are being made to significantly improve the lives of over 70,000 children affected by HIV/AIDS.

Feed the Children was founded in 1979 by Larry Jones. The non-profit organization stemmed from Jones visit to Haiti in 1979. While visiting the country, Jones experienced first-hand the misery and hunger residents endured in the underdeveloped region. Jones, believing the suffering was preventable, came back to the United States where he planned to organize relief aid from the seemingly endless food and supply the surplus to Haiti. He, along with his wife Frances, officially founded Feed the Children. The organization remains one of the largest private non-profits in the world devoted to feeding the hungry.

Jones maintained his position as president of the non-profit organization until controversy erupted in late 2009 between the founder and board members. To further tarnish the image of Feed the Children in combination of the questionable in-kind gifts issue, founder Larry Jones was fired from his position as of November 9, 2009. A resolution of legal disputes among all parties involved was announced on January 28, 2011.

Although no longer associated with the organization, Jones is under investigation by the Oklahoma Attorney General for possible criminal activities during his tenure at Feed the Children. The allegations against Jones include bribery, hiding pornography, bugging offices, mismanagement of funds, embezzling travel money and accepting gifts for making appearances, undocumented personal raise, and misusing an employee as a personal nanny. Jones however adamantly denies any wrongdoing.

Despite the controversy surrounding the Feed the Children, the organization has provided several relief efforts following recent natural disasters. Residents along the Gulf Coast received relief aid in 2005 following Hurricane Katrina which included more than 650 semi-tractor trailers load of food hauling over 40 million pounds of donated food items and relief supplies. Other historic events in which Feed the Children launched relief efforts include the September 11, 2001, terrorist attacks in the United States and the tsunami event in South Asia in December 2004. In total, the organization reported distributing over 31 million pounds of food and supplies.