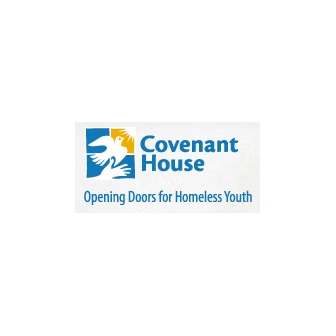 
Covenant House was founded by Reverend Bruce Ritter in 1972. He started the shelter for homeless children. What started as a humble beginning is today a huge organization helping thousands of children who are either abandoned or have run away from home because of abuse. Today, Covenant House has centers in 21 cities in the United States, Central America and Canada, sheltering 55,000 homeless children every year.

Covenant House shelters are situated in Washington, D.C, St.Louis, Tegucigalpa, Milpas Altas, New Orleans, New York, Orlando, Oakland, Atlanta, Atlantic City, Anchorage, Detroit, Houston, Fort Lauderdale, Los Angeles, Managua, Mexico City, Philadelphia, Newark, Toronto and Vancouver. Covenant House has also started telephone hotlines for children to get in touch with them, in case of a crisis situation. In the United States it is named as Ninelines. Children can call these toll free lines for counseling. This heotline is available throughout the week and children can also send emails with their queries and problems. They are given counseling over the phone and medical attention in case a need arises. This has helped thousands of children in the United States and also in Mexico where this facility is has recently been made available.

In all the cases, children are not equipped to handle their lives as they have either discontinued studies, are jobless or are not qualified for any job and maybe are in need of immediate medical attention. Covenant House proves to be a haven for such children until they are ready to stand on their own in the society.

Covenant House's mission is to provide food, shelter, education and counseling to runaway, homeless and abandoned children. Covenant House provides the much needed security and care for these children coming from different backgrounds.

They provide care through experienced and professional people who provide the necessary counseling and support to get over their trauma. These children are provided with good education facilities to begin a new life. This can equip them to gain self confidence to face their future.

The vision and mission of Covenant House is based on five principles. These are immediacy, sanctuary, value communication, structure and choice. As soon as a homeless child comes to the Covenant House, they are given immediate attention by providing food, cloth, medical attention and a safe place to live. Then the Covenant House gives them security and care so that they can develop that trust and regain confidence.

Covenant House teaches and educates the children thereby builds respect, trust and honesty in them. They provide continuous food and shelter till they are able to live life on their own. Covenant House also encourages children to make choices for their own lives and help them achieve it.

Covenant House has a number of programs to reach homeless children and provides them with the much needed shelter. Street and Van Outreach program searches for homeless children in 19 cities and brings them to their shelter. Children are given free medical care and counseling. They are open 24/7 and welcome children throughout the year. A program by name "Rights to Passage" was created by Covenant House in 1986.

This program helps kids to stand on their own feat. In this program, the residents have to find a job and pay for their own expenses. They also have to pay a weekly rent which will be returned once they finish the program. They are also required to complete their studies during this period which will give them the confidence to face the situations outside Covenant House.

Covenant House was started by a professor at Manhattan College, Reverend Bruce Ritter. After he resigned from his post, Ritter along with James Fitzgibbon wanted to serve the poor. They were helped by their students, friends and neighbors. They moved to a rundown apartment in the East Village of New York City.

From there onwards, both of them started serving the poor. In 1970, Father James Fitzgibbon started to spend more time on drug counseling and other ministries. However, Reverend Bruce Ritter along with the help of Paul Frazier, Patricia Kennedy and Adrian Gately started Covenant Community. Covenant House got officially inaugurated at LaGuardia Place in the year 1972.

As a non-profit organization, Covenant House started receiving funds and provided shelter for homeless kids. The first two shelters were on Staten Island and Manhattan. In the year 1976, Father Ritter dreamed of building a multi-service center. To further the vision, Covenant House started acquiring more buildings for sheltering homeless children.

In 1970's, the vision of Covenant House to stretch their shelters and other programs to all parts of New York City took shape. By 1980, they were ready to start shelters in places other than New York City.

This goal has been achieved and now the organization has shelters across the United States, Canada and Central America thanks to Kevin Ryan, the President of Covenant House. Sister Mary Rose and Sister Tricia Cruise were also instrumental in this expansion. From 1990 to 2003, the organization was headed by Sister Mary Rose and later by Sister Tricia Cruise till 2008.

After her resignation, Kevin Ryan became the President of this organization. He was the first person to be appointed as the State Advocate for New Jersey. Covenant House expands with dedicated people like him to help serve homeless children and to save children from abuse and child trafficking.