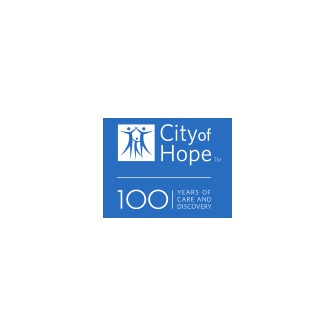 City of Hope and Affiliates


City of Hope, based in California offers hope to those who might otherwise give up. Learning that a person has cancer or some other deadly disease, can cause emotional trauma to both the patient as well as their family members. Having some place to go that can offer hope for a cure, or at least a prolonged, better quality of life, can bring comfort to all involved is what City of Hope aims to accomplish.

City of Hope was founded nearly 100 years ago as a research, development and treatment center for patients. They are known for their aggressiveness in finding a cure for cancers and other deadly diseases and their attentiveness to their patient's needs. Creating an environment full of hope instead of despair, these scientific minds work closely together to find a cure for cancer and related diseases.

Achieving their highest ranking to date, 17th in the country, they take their research seriously. Using every technology available, they forge ahead professionally and rapidly, because for their patients, time is of the essence. As an independent research center, City of Hope has the ability to move quickly without waiting for any red tape to clear. This rapid and aggressive approach has helped to save many lives over the years.

Along with their independence comes various benefits, nearly 40% of the patients are currently receiving some form or another of trial medications, allowing the scientists, clinical technicians and research teams to move quickly when one works well. City of Hope has been identified as the discoverers of such cancer medications as Herceptin, Rituxan and Avastin, which are used widely today around the world. Knowing that there is a place to go that is dedicated to saving the lives of those diagnosed with cancers or other deadly diseases can bring get comfort to those who would otherwise give up or lose hope.

The City of Hope's mission is to find a cure for cancers and other deadly diseases. Making bold strides every day to conquer and restore health to its patients suffering from cancer and other diseases is the vision of the organization. Hope's scientists, clinical researchers and technicians are working hard around the clock to find a cure for various diseases.

With the new discoveries being made, the City of Hope can offer its patients the reassurance that everything that can be done, is being done to give them the strongest chance for survival. There are many scientists, technicians, clinical researchers as well as various staff members that play a significant role in the healing process. As well as the competent and attentive staff, the environment provided is guaranteed to bring a smile to and otherwise gloomy time. With lush gardens and serene setting this medical center offers a different approach to the wellbeing of its patients.

Since they are an independent research center their scientific findings can be applied sooner rather than later ensuring that every patient is given the best chance at a full recovery. Some of the services offered at the City of Hope include treatment, rehabilitation, and state of the art advanced equipment, clinical trials and seminars to educate the patients as well as the families involved. Once a possible drug has been identified and tested by the researchers it can then be trial tested on the patients. If these drugs have a positive affect they can be administered immediately without delay, helping to save or prolong lives.

Since with any disease time is of the essence, having the most gifted and dedicated minds working on a common goal of ridding the world of these cancers and diseases, can only add to the comfort of the patient and their family. The City of Hope has not drifted from its mission after all these years and has always been searching for new advanced medical treatments to help those in need.

The City of Hope was founded in 1913, with the intention of caring for the many citizens of the United States who were suffering from the widespread illness known as Tuberculosis. With the urgent need arising for a sanatorium to care for the ill, a Jewish missionary formed the Jewish Consumptive Relief Association, to establish and raise funds for the sanatorium. Since tuberculosis patients had to be separated from mainstream citizens to prevent more outbreaks, over 10 acres of land were purchased in the city that is now known as Duarte, California.

The sanatorium officially opened in 1914 and offered only two tents. The two tents were split between the caretakers and the ill. The sanatorium became known as the City of Hope because of the widespread services they offered to ill patients. The City of Hope remained a sanatorium until after World War II when tuberculosis vaccinations became available to patients in the United States. Over the next few decades the sanatorium grew until 1946 when Samuel Golter, the executive director of the sanatorium pushed it to become a full medical center.

Becoming a full medical center was in the best interest of the City of Hope at the time because tuberculosis was becoming less of an issue due to medical advancements. The City of Hope began to develop slowly into a permanent medical advancement center, with tents being replaced with structural buildings. In 1981, the City of Hope, now a full medical center was designated a cancer research center by the National Cancer Institute. Today the City of Hope and Affiliates have grown in size with two more locations in Los Angeles and Monrovia, California. In addition the foundation has fundraising locations scattered across the United States to raise funds to help patients. The foundation is still growing and shows no end in sight.