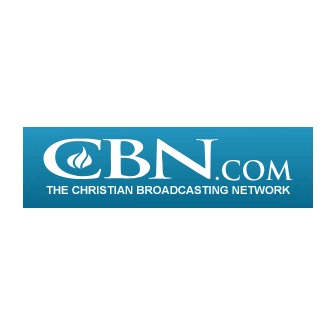 
Christian Broadcasting Network (CBN) is nonprofit organization that offers, among other things, television programs to about 200 countries across the globe that reach millions of people every day. Although it was originally founded as a television station, it is today one of the most successful Christian television stations in the world and has evolved to more than just a television network. Under the organization are wide ranges of institutions, ranging from counseling services, to relief organization, to the Regent University.

One of its most important programs is the 24-hour telephone prayer line. Its major broadcasting program is "The 700 Club". It is the longest running broadcast program in the world, as it has been on air since its debuted in 1966. CBN is the production outfit of "The 700 Club" as well as other syndicated shows, such as the "CBN NewsWatch", "One Cubed", "Spiritual Gifts Live Web show", "700 Club Interactive" and "Christian World News".

Along with Regent University, it also produced the movie "First Landing". Other shows of CBN include "Stakelbeck on Terror" and "The Brody File". There are now also several CBN channels, including the CBN News Channel, CBN TV and CBN Espa

The mission of Christian Broadcasting Network has always been to spread the Gospel to the people. Ever since it first broadcasted in 1961, this has been the purpose of the station and the program. Through The 700 Club program televangelist Pat Roberson was able to accomplish this and was able to spread the Gospel to more than 300 million people. Alongside The 700 Club, CBN produced religious news programs. This includes the CBN NewsWatch and the Christian World News Series.

The ministry work of CBN has changed the lives for more than 500 million people across the globe. These people have turned their lives around and followed Jesus Christ because of the programs of CBN. Many were inspired and decided to join their local churches. CBN also has online communities that are dedicated to spreading the word of God, prayers and discipleship.

In relation with spreading the word of God, part of the mission of CBN is to prepare the world for the second coming of Christ. This is accomplished by the many prayer centers that CBN has established across the world. The prayer centers are supervised by the local CBN and are in the country's respective local language. Included in the works of the prayer center are providing ministry through online chats, SMS and emails.

To spread the Gospel to as many nations as possible and to areas where ministry is most in need, CBN trains ministers so that they can work on these areas. The local offices ensures that CBN also regularly holds evangelistic conferences, hosts websites, participates in community projects and produces TV shows in these areas.

In line with the mission of CBN to spread the Gospel, CBN provides humanitarian aid and relief through medical outreaches, providing support and assistance to orphans and vulnerable children, providing clean water in some parts of Africa and Asia and sponsors job training and life training skills to communities in need of employment opportunities.

Christian Broadcasting Network was established by Pat Robertson in 1960 and debuted in 1961 on WYAH-TV. With the help of local supporters it went on live broadcasting from 7 pm to 10 pm every night. Eventually as it gained popularity and more supporters, broadcasting time became 5 pm to midnight every night. In 1963, in an effort to solve its financial difficulties, since Robertson refused to have commercials in the show, CBN launched its first telethon in order to raise the needed cash for the following year.

This gave birth to what would become "The 700 Club". At that time Robertson called upon viewers to join the club of 700 contributors who are willing to contribute $10 every month for the program. The following year, "The 700 Club" was born. It was a program of prayer and evangelization with the telethon. With The 700 Club's audience grew and other television stations also started airing the show. The success of The 700 provided financial gains to CBN and allowed the station to improve its transmission power and to acquire eight radio stations, six in the US, 1 in Colombia and 1 in South America.

By 1976 it started broadcasting internationally, with its first international broadcast beginning in the Philippines. During this time, CBN also bought 142 acres of land in Virginia which became its new headquarters studio. The following year, it launched CBN Cable. Also in 1977 Robertson founded the Regent University in Virginia. Then in 1978, Operation Blessing International Relief and Development Corporation was created.

By 1982 it started broadcasting in the Middle East, with the launching of Middle East Television Network in Israel and Lebanon. By 1994 CBN Asia was launched and the following year CBN WorldReach. With the success of CBN globally, its programs were broadcasted in more than one hundred languages to more than two hundred countries in the world.

There are currently no articles available.
Related Categories
Religion Christian