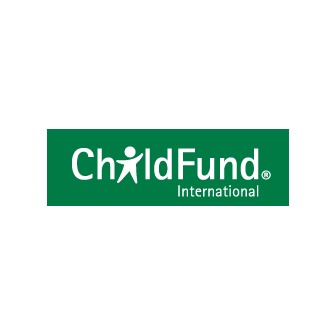 The model that the company practices includes individual sponsors that contribute funds every month. These funds are used to help the community. It is also suggested that someone who sponsors a child should contact the child through letters, photographs and more so that they can see the manner in which they are changing someone's life. The revenues of the organization are divided into program expenses, administrative expenses and fundraising expenses. The program expenses account for 81 percent and the administrative expenses account for about 8.2 percent. Slightly more than 10 percent is deployed back for fundraising efforts.

ChildFund releases various publications and some of these are quarterly and others monthly. ChildWorld Magazine, ChildWire newsletter and the annual report are the three main publications.

The organization works in a simple manner. Someone who wishes to sponsor a child chooses a boy or a girl to sponsor. A monthly contribution of $28 is used to provide for the child the things that he or she needs to grow and thrive. Some of the things that the money is used for include education, nourishment, medical care, clean water, clothing and food. This amount is combined with other donations as well. Regular updates on the child one has sponsored are sent by the organization to the donors.

The mission of Christina Children's Fund is simple and clear. The main aim of the organization is to enable deprived and excluded children living in poverty to become responsible young adults, parents and possible leaders of tomorrow. This, they believe can bring a lasting change to the community. Along with this, the organization also has an objective of promoting societies that value and protect their children.

The organization believes that all children deserve a positive environment that is filled with hope, respect and understanding. They believe that poverty is a personal experience that a child carries with him or her, and that it can only take a global effort and a collaborative one at that to challenge and obliterate the issues of poverty. The organization believes in operating with utmost transparency and feel that they are accountable for all the funds that they receive.

Some of the values that bind ChildFund and the other collaborating organizations include the will to ensure positive outcomes for children by showing integrity and honesty of all resources. They believe in "upholding the respect and value of the individual" and "championing diversity of thought and experience".

ChildFund promises to deal fairly and honestly with the children, with the parents, with the donors, with the employees and the government too. They believe in giving the highest priority to the wellbeing of the children and look towards actions that will foster growth and development. The organization always upholds the dignity of the child and believes that significant socio economic change can be brought with these actions.

By being transparent about the manner in which the funds are deployed and by responding to the queries of the donors quickly, the organization believes that they are giving the donors the information that they rightfully deserve. ChildFund also complies with all legislative rules and regulations of every country that it operates in and cooperates while advocating for the Rights of Children.

ChildFund was founded on October 6, 1938 as Christian Children's Fund and China's Children's Fund. Presbyterian minister Dr. J. Calvitt Clarke was the person responsible for founding the fund. The motive behind the organization was to help Chinese children who were uprooted by the 2nd Sino-Japanese War. Their meager beginnings were with a sum of $2000, following which they received a $13,000 contribution to support a school and an orphanage.

By 1946 CCF was helping children in China, Philippines and Burma and from there on other contingents went ahead to help children in Korea, Japan, Malaysia, Indonesia, Borneo and India too. Europe was the next location with programs being started in Belgium, England, Finland, France, Germany, Italy, Spain and Switzerland along with other European countries.

As the organization expanded to help children in other countries, the name was changed to Christian Children's Fund. A revolutionary shift was made in the programs that the organization took up in the 1960's. There was a concern that parents were abandoning their kids in order to ensure that the CCF took care of them since the CCF was able to provide better nutrition, clothing and care for the young ones. "Family Helper projects" were created where community advisors were asked to handle specific cases.

In 1967 the organization realized that they needed to allow local people to spearhead local initiatives. The focus was also changed towards a 'whole child' leading to a holistic view rather than a narrow one. In the 1970's and 1980's the organization moved towards Africa and the first office was opened in Nairobi, Kenya. In the 1990's a "ChildAlert" fund was created to help children in emergencies. Immediate relief and preventing a long term psychological injury were some aspects that the fund aimed at ensuring.

In an email that was sent to most donors and members of the Christian Children's Fund, the Wall Watchers mentioned to everyone donating to the organization that the charity was not Christian in nature and that it did not preach or practice the faith as they saw it. Wall Watchers, a Christian charity watch dog sent this donor alert to mention that the organization does not bring to gospel to the people it helps. Following this alert, the Christian Children's Fund changed its name to ChildFund International in 2009.

ChildFund international has joined hands with 11 other child sponsorship organizations to create a network called the ChildFund Alliance. This alliance operates in more than 55 countries and aims at improving the lives of children. There are also fundraising, governance and administrative aspects that the alliance shares.