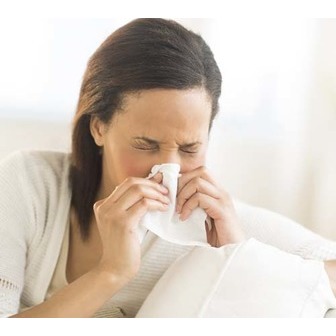 Bronchitis happens when cold or the flu prolongs more than a week. It is a condition in which the airways in the lungs become inflamed and cause coughing, often with mucus, or wheezing. During bronchitis, it becomes hard to breathe as there are formed in the airways. This causes inflammation and irritation of the bronchial tubes (the airways in the lungs). Based on the timeline of the flu, bronchitis is classified into acute and chronic.

What Causes Cause and Symptoms

Acute bronchitis is also known as ‘Chest Cold' is temporary and is usually caused by a virus. It does not last more than a week. It starts with a respiratory infection which can include a sore throat, blocked or a runny nose, headaches, fevers, and fatigue.

When a person suffers from acute bronchitis, it's the small things that trigger inflammation and irritation of the bronchi. Generally, these are resolved within a week as the cause of the infection is a virus and can be treated easily. Virus and bacteria are contagious and can spread bronchitis easily.

On the other hand, chronic bronchitis spans for months or even years and is often triggered by smoking. It is also known for its recurring nature. Primarily, it is caused by smoking cigarette, second-hand smoke, air pollution, and chemicals. Chronic bronchitis is not contagious but it is a serious serious illness and requires doctor's attention.