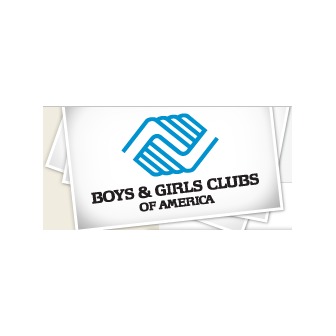 Boys and Girls Club of America


The Boys and Girls Club of America, also commonly referred to as BGCA, is a national organization cultivating the seed of “responsible citizens” into young children and adolescents. The organization, a non-profit establishment is funded in part by the federal government, partnerships and private donations. The club possesses a congressional charter which can be found under Title 36 of the United States Code. The club is headquartered in Atlanta, Georgia, with offices scattered throughout cities in the United States including Dallas, Chicago, New York City, and Los Angeles.

As of 2010, with over 4,000 autonomous local clubs throughout all 50 fifty states, including the Virgin Islands, Puerto Rico and U.S. Military Bases, 4.1 million young people between the ages of five and 18 have participated in the club’s local community outreach and membership efforts. Although initially portrayed as an exclusive club for boys, recent statistics reflect that 45% of the current members are female. Additionally, the club provides enriching employment opportunities for 50,000 professionally-trained staff personnel.

BGCA holds numerous awards and accolades, preceding its reputation for being a fiscally responsible organization. The Chronicle of Philanthropy ranked the club as Number 15 among tax-exempted organizations, and also has recognized the club for 17th consecutive years as the Number 1 ranking in youth organizations. BGCA was ranked by “WORTH” magazine as one of America’s top 100 charities based on the club’s efficient use of financial resources and program success. Other publications recognizing the club’s remarkable fiscal ability include: Newsweek, Forbes, SmartMoney, and U.S. News and World Report.

With the recent economic woes, BGCA has been a valuable resource for continuing to provide leadership opportunities in community outreach programs to its members. Throughout nutrition programs, educational incentives, and character-building efforts, the club continues to instill strong morals among its members. BGCA also partnered with Native American tribes to provide enriching opportunities for many young at-risk children arounrlpaswop8

The Boys and Girls Club of America (BGCA) is well-known for providing life enhancing opportunities for children and adolescents who may not have otherwise had access to such life developing resources. After more than a century since its formation, BGCA continues to hold to its infamous mission statement and core beliefs. The mission of the club strives “to enable all young people, especially those who need us most to reach their full potential as productive, caring, responsible.”

BGCA also holds firmly to the club’s founding four core beliefs. The first to provide a safe and secure environment for members to learn and grow. The second, encouraging and maintaining relationships with caring and professional adults. The third, to provide life-enriching programs as well as character development opportunities. The final core belief and perhaps the most promising, is the creation of hope and opportunity.

Although BGCA provides an array of enhancing life opportunities focusing on critical areas such as education, career, life skills, fitness, sports, recreation, arts and many others, the character and leadership development are the two prominent focus points of the club’s mission. Specific clubs such as Torch Clubs hone on building character among young members between ages 11 to 13. The Keystone program is another leadership program for those between the ages of 14 to 18.

Perhaps the most widely recognized program since 1947 is Youth of the Year, awarded to members excelling in character building and leadership potential.

Although BGCA was established as an exclusive boy club, today 45% of club members are compromised of females. Club members range in the age groups of 5 to 18 years old, with the majority of 43% being between 6 and 10 years old and 6% of members are five years old and younger. BGCA caters to 64% of minority families throughout the United States, with an exclusive partnership with Native American youth.

The Boys and Girls Club (BGCA) was established in 1860 in Hartford, Connecticut. The establishment was formed after three local women suggested a positive alternative for young boys roaming around the neighborhood streets, seemingly without a purpose. Elizabeth Hammersley, Mary Goodwin, and Alice Goodwin are credited a century ago for giving cause to the foundation of today’s BGCA organization. The initial club grew to 53 individual Boys’ Clubs merging together in the city of Boston in 1906 to officially establish the Federated Boys’ Clubs; thus marking a nationwide movement.

The non-profit youth organization or the Federated Boys' Club was renamed in 1931 to the Boys’ Clubs of America. BGCA celebrated its 50th anniversary in 1956, receiving a Congressional Charter. The national organization underwent another name change in 1990 to introduce the Boys’ and Girls’ Clubs of America. Congress amended and renewed the organization’s charter to reflect the acceptance of female members to participate in the club. BGCA marked another accomplishment by celebrating its 100th anniversary in 2006.

Although the three women gave cause to the initial establishment of BGCA in Boston, over the years there have been numerous other influential individuals carrying on the mission of the organization. The most notable founding fathers include: Herbert Hoover, Willam E. Hall, Stanley Resor, J. Edgar Hoover, and George A. Scott. Another more recent advocate for promoting the mission of BGCA is actor Denzel Washington, a previous club member and spokesperson for the club since 1993. The club is also sponsored as the official charity in the sport’s world of major league baseball.

Although the organization has numerous accolades for being fiscally responsible in managing the club’s finances, in March of 2010, Roxanne Spillett, CEO of the organization, was questioned by several United States’ Senators in regard to previous compensation and travel expenses incurred during 2008. The organization rebounded from the accusations and continues to provide outreach and life-altering opportunities to children and adolescences despite the questionable spending habits.