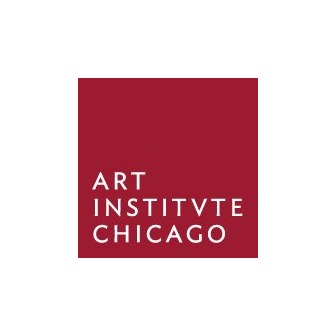 
The Art Institute of Chicago is one of the most famous museums in the world, housing some of the most notable Impressionist and Post Impressionist works of art. It is located at 111 South Michigan Avenue Chicago, IL. It has more than three thousand collection of fine arts ranging from works art of dating back to ancient and Byzantine empires to African American Artists to Modern works of art. Its collections include painting, sculpture, arms and armor and other human expressions. The museum regularly holds exhibitions of wide range of themes and exhibitions of works of arts of many artists, including Chicago artists. The museum also holds regular family exhibitions. Some of the most famous collections of the museum include the works of Henri Matisse, Leonardo da Vinci, Voorhees, Gmelin and Walker and Vincent Van Gogh.

The Art Institute of Chicago is also an educational institution as it is connected with the School of the Art Institute of Chicago. It is one of the largest school-museums in the country. The school has its own technologically advanced facilities and is located at the famous Modern Wing. The school offers undergraduate, post-baccalaureate and graduate courses on different fields which include art and technology, art history, art education, film and video and others. The multidisciplinary curriculum of the institute aims to develop critical and provocative thinking and creation of arts amongst its students. The faculty includes scholars, artists and art practitioners.

The Art Institute of Chicago is also known for its library. Although it is open to all visitors of the museum, it is a non-circulating library. It has an extensive collection from all art periods although its most extensive collection is on architecture from the last three centuries. The library boasts of large collection of art and architectural resources as it has over 400,000 titles of printed materials and more than 100,000 auction catalogs.

The Art Institute of Chicago was founded as both a museum and an educational school; its main purpose is to inspire and educate the public. More than just a house to more than 5000 years of human works of art and expression, The Art Institute of Chicago museum undertakes regular collection, preservation and interpretation of works of art. It also undertakes to continuously add to the digital collection of the library. These undertakings are done to be able to live up to its purpose of inspiring and educating the public. It is also for the purpose of complying within the practices and ethical standard of the museum.

As for the educational institution, the main focus of the Art Institute of Chicago over the years is more than just to reach out to wide range of people in the community by way of education. Over the years, the museum has become more than just a home to invaluable collections and an educational institution to selected individuals. In fact, it has become one of the major teaching institutions that welcome all those who are interested to learn about the arts. This has been made possible because of the volunteers who have given their services to such purpose. Most of these volunteers are women from the Women's Board of The Art Institute of Chicago.

The Art Institute of Chicago is also committed to serving the city and the citizens of Chicago by providing wide range of outreach programs, education programs, free access to the museum and free access to the public spaces of the museum. The outreach and education programs include hosting school groups from the city, mostly from the Chicago public schools, donating to charities and supporting local cultural organizations and other institutions. These are offered by The Art Institute of Chicago to comply with its own objective of inspiring and educating the public.

The Art Institute of Chicago was founded in 1879. It was located at the corner of State and Monroe streets at that time. Its origins however can be traced back to the year 1866 when it was established by several Chicago artists. During that time it was called Chicago Academy of Design. Through the support of local patrons and members it was able to offer classes and exhibitions on a regular basis. Then it moved to Adams Street in the 1870s. However, the great Chicago fire of 1871 destroyed its rooms on Clark Street. It was also during this time that it encountered financial and administrative problems. The business leaders of the community, in an effort to revitalize the institution, created the board of trustees in 1878. One of the changes that were created was the creation of a multifaceted school supervised by the business leaders, instead of just an educational institution run by artists.

Then in 1882, Art Institute of Chicago became its official name, with the election of Charles L. Hutchinson as its first president. That same year it expanded and built a new building for the school in Michigan and Van Buren Avenues. Then as the city hosted the World's Columbian Exposition in 1893 the trustees convinced the leaders of the city to allow it to build a new structure at Michigan Avenue and Adams Street for the fair. It was completed for the second year of the World's Columbian Exposition and the Institute moved that same year to the new building. Its collection also increased since the time when Mrs. Henry Field gave her collection of French Paintings to the museum in 1893. The Fullerton Auditorium and the Ryerson was also added to the building in 1898 and 1901 respectively. Additional expansions were done over the years to house its ever growing collection and increasing number of students.