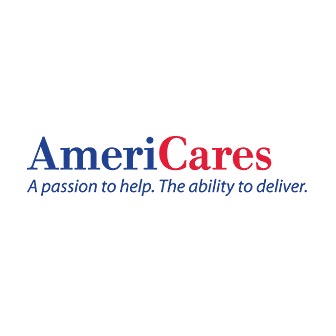 
AmeriCares is a nonprofit organization that provides aid during periods of daily struggle, large scale disasters, civil conflicts and helps save lives by delivering much needed medical supplies, and humanitarian aid to those across the globe and in the United States. It is estimated by the World Health Organization that more than two billion people or close to 33% of the world's population does not have access to proper medicines.

Besides the shortage of medicines, there are professionals in the health care industry around the world who struggle because of the lack of having sufficient supplies such as syringes, gloves and bandages. Since its foundation in 1982 AmeriCares has provided over $10 billion in aid to over 145 countries.

AmeriCares assembles donations of different products from the private sector and then determine who needs these products the most. They also solicit funding to send the aid on ocean cargo or via air to professionals in the health industry anywhere around the world. The model they use has been time tested, experience driven and cost effective. Based on their records for every $100 that is donated over $3,500 worth of emergency and humanitarian aid is sent to various places and people in need.

AmeriCares maintains a longstanding commitment to their responsibility fiscally and have always received outstanding rankings for its efficiency from Charity Navigator. These ratings support the fact that over 98% of their entire expenses go directly to supporting relief efforts and programs for those in need and less than 2% are used for administrative costs.

AmeriCares has a number of programs and networks they work with in order to get the much needed donations to send to the hardest hit areas when disasters occur. They use their years of experience to maintain the most efficient way of receiving donations and in turn distributing them so that the money from donations is maximized to its fullest.

AmeriCares has numerous programs that they manage with the support of a number of financial and corporate donors. Their mission is to provide immediate response to emergency medical needs and supports long-term humanitarian assistance programs to those in need the most. They succeed in this via their multitude of programs.

The biggest program is "Global Medical Assistance", which provides medical supplies, medicines and other relief on a continual basis to clinics, hospitals and health institutes in communities in the United States and over forty different countries around the world. They also provide aid to over 150 health clinics in over 35 states that serve the underinsured and uninsured in the U.S and provide through their Program Patient Assistance free prescription medicines throughout the United States.

They also have response teams that provide urgent deliveries of relief aid to those that survive manmade or natural disasters both in the United States and internationally. They send out medicines, bottled water, hospital supplies and water treatments to purify the existing water along with foodstuffs and other urgent aids.

They offer free clinics to three different communities in Connecticut for primary care to those that are uninsured as well as other primary healthcare for others in need. The doctors and nurses providing care in these clinics are volunteering their time and also interpreters when necessary. AmeriCares "Gift-in-Kind" programs allows pharmaceutical companies and manufacturers of medical supplies to donate needed products while the organization raises the needed funding to transport the product to their network of different partners that provide the primary care.

AmeriCares has formed numerous partnerships that allow them to aid more people across the globe and by doing so giving the people who need medical help an opportunity to receive it and live longer and more productive lives. Their model has been tested over time and every donation they receive is maximized by finding the least expensive and most secure way for it to reach its destination. Their distribution network operates its own three warehouses one in India, one in Europe and one in the United States.

Shortly thereafter, he was called to the Vatican by Pope John Paul II who asked for Macauley's help in getting medical supplies to Poland, his homeland which was under martial law. Not only did Macauley succeed with the goal asked by the Pope but his total haul of medical supplies reached $3.2 million. AmeriCares was born a year later when he realized that if medical supplies could be collected for Poland, the same could be done anywhere in the world.

Over the past 29 years, millions and millions of dollars' worth of aid from medicines to medical supplies and food and water have been donated to AmeriCares for emergency aid to survivors of earthquakes, hurricanes, wild fires and more. Macauley founded the nonprofit humanitarian aid organization in Stamford, Connecticut because of his lifetime passion of aiding people who are less fortunate or in need.

AmeriCare under his tutelage has become the country's leading nongovernmental organization that delivers aid like medicine, medical supplies and humanitarian aid across the globe and the U.S. Since its inception more than $10 billion worth aid has been received and delivered by the organization. He started being a philanthropist early on by starting the Shoeshine Foundation. The foundation's intent was to shelter the war orphans from the Vietnam War.

AmeriCares has worked with heads of state, kings and Mother Teresa in their mission to help more people live healthier and longer lives. The organization and Macauley have won numerous awards and their work has been recognized by six presidents going back to Nixon. Bob Macauley died on December 26, 2010 at the age of 87.