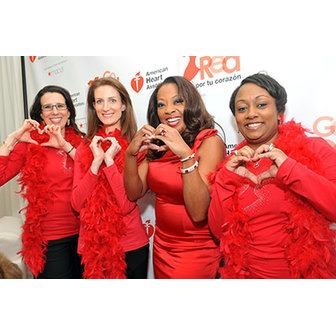 
The American Heart Association (AHA) is a United States based non-profit organization. It fosters state of the art cardiac care in an attempt to lower the deaths and disabilities that are caused by stroke and cardiovascular disease. The headquarters for the American Heart Association are located in Dallas, Texas. It is a voluntary health association that has a nationwide presence and whose mission is to build healthier lives free of stroke and cardiovascular diseases.

The association publishes its standard providing the basic and advanced life support as well as the standards for proper cardiopulmonary resuscitation (CPR). The American Heart Association also offers the most accepted certification for BLS, basic life support. It also provides training in first aid practices in addition to that of CPR.

The Chronicle of Philanthropy, a publication of the industry released in 1994 the results of one of the largest studies if its kind regarding non-profit and charitable organization's credibility and popularity. The study revealed the American Heart Association was the fifth ranked charity in popularity of over 100 charities.

In 2009 the AHA and the Ad Council unveiled a website and a Hands Only CPR PSA. The site was updated in 2011 with new content that includes an app that can be downloaded to help learn the correct methods of Hand-Only CPR. In November of 2009 the AHA announced a new awareness program for cardiac arrest named "Be the Beat."

The association endorsed the Nintendo Wii in May of 2010 to try to encourage people to get involved with some level of fitness. The icon for the AHA is featured on the Wii console box as well as on the boxes of Wii Sports Resort and Wii Fit Plus.

The mission of the American Heart Association is to build healthier lives, free of stroke and cardiovascular diseases. In 2007, during its annual meeting the American Heart Association updated its mission statement. Every third year a formal review is done to the mission statement in case any changes are needed or mandated by the association's board of directors.

The goal of the association is to reduce the amount of strokes, coronary heart diseases and bring down their risk by at least 25%. The progress towards that goal is to be measured by the certain indicators. Reducing the death rate caused by stroke and coronary heart disease by a minimum of 25%. Lower the amount of high blood cholesterol, smoking and inactivity by a minimum of 25%. Lower by 25% the amount of uncontrolled high blood pressure and eliminate the increase of diabetes and obesity.

The non-profit organization uses many different programs and educational materials that are printed, on video or online that teach how to prevent heart disease. They have materials on how to be aware if someone is possibly suffering for a heart attack or stroke. They have over 2,200-community organizations located in all 50 states, Washington D.C. and Puerto Rico.

Cardiovascular disease remains the number one killer in the nation and one of the leading causes of disability. The American Heart Association knows this and to in order to avoid the same, is dedicated to try to eradicate the disease and its effects on the population. Since 1949 the AHA has contributed over $1 billion for research into cardiovascular disease and its prevention.

In 1915 a group of pioneering social workers and physicians formed an Association for the Relief and Prevention of Heart Disease. They were in New York City and were concerned over the lack of information about heart disease. Back in the early 20th century, heart disease patients were thought of as being doomed with nothing but complete bed rest.

Studies were performed by the physicians and social workers in both Boston and New York to see if heart patients could return to work. Other groups that were conducting studies similar to this one formed in Philadelphia, Boston and Chicago to form other heart associations during the 1920s.

Because of such interest across the United States the need for a national organization was recognized in order to research and further study the disease. In 1924, six cardiologists that represented a number of different organizations and groups formed the American Heart Association.

By the late '30s, the members of the association started to see how they could expand in order to reach the public. The American Legion, in 1946 donated over $50,000 to the American Heart Association to develop a community program for rheumatic fever. Support from the public and other funds established the program as well as others.

The AHA went under reorganization in 1948 and took in non-medical volunteers to help with communication, business management, community organization, public education and fund raising. The :Truth or Consequences" show helped to bring the AHA to the public's eye in 1948 with a show about the Walking Man. Contributions were received from millions of people and the effort was able to raise $1.75 million. The Walking Man was later identified as entertainer Jack Benny.

The association grew quickly from that point on and in 1975 relocated its headquarters to Dallas, Texas to better serve the system nationwide. The AHA continued throughout its history to be the public's number one advocate against smoking and its risk to an individual's health.

There are currently no articles available.
Related Categories
Health Diseases and Disease Research