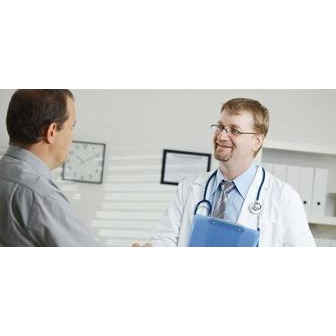 Among other services that the organization provides, it has a toll free number that is available 24/7 for any kind of Alzheimer's related information that you may need. This includes referrals, support, immediate help and all this is available in multiple languages to make things easier for all people.

The organization provides support for families of patients who have this condition so that they may be able to deal with the condition in a better manner. Educating the family about the disease, ensuring that they know how to take care of the patient, making them knowledgeable about the safety aspects of dealing with the condition and more are all part of the services that this health organization undertakes.

The Alzheimer's Green-Field Library is known to be the nation's largest library that coveres Alzheimer's disease. There are also a suite of resources available at the Alzheimer's Association CareSource, an online source that helps find senior homes and provide better care as well.

Some of the events that the organization has organized thus far include the "Walk to End Alzheimer's", the "Rita Hayworth Galas" and "A Night at Sardi's". There are also many conferences that are held so that experts in the field can come together and share their experiences and research papers with others who are also trying to make a difference in the lives of the patients.

The mission of Alzheimer's Association is to "eliminate Alzheimer's disease through the advancement of research; to provide and enhance care and support for all affected; and to reduce the risk of dementia through the promotion of brain health". The vision that the association has is to see a world without Alzheimer's one day. It also aims to provide better services for the 5 million Americans and 19 million people outside of America who already suffer from the condition.

The efforts to reach these goals are multipronged. While there is a 24 hour, 7 days a week toll free number that people can call in case they need help with anything related to Alzheimer's, the organization also helps the families of the patients by imparting information about dealing with the issue. This involves educating the people about the myths associated with the condition, the symptoms and warning signs that need to be known, the causes and related treatment options and the manner in which Alzheimer's can progress. In addition to that there are also practical aspects that are discussed with regards to the challenges that one is likely to face when caring for an Alzheimer's patient, the financial aspect of the medical condition, the legal issues that are possible and more.

But the efforts of the organization are not limited to managing and tackling the disease alone. They are also directed towards understanding more about the manner in which the brain works and how Alzheimer's takes over. Genetic researches that are being undertaken to isolate the specific gene that is responsible for Alzheimer's to understand the manner in which the mutations take place.

This non-profit organization believes that this two-pronged approach can ensure a better life for those who are already suffering from the condition and a possibility that the medical research shall be able to prevent the condition completely, sometime in the future.

The history of Alzheimer's Disease and Related Disorders Association is a very short one. Founded in 1980, this non-profit health organization is less than forty years old. The organization was founded by Jerome H. Stone along with some family support groups after they had met with the National Institute on Aging in 1979. Due to the new incorporation, the National Institutes of Health (NIH) declared that they would spend about $13 million in Alzheimer's research. A couple of years after incorporation, President Ronald Reagan declared the National Alzheimer's Disease Awareness Week for the first time.

With more awareness about the condition, obtaining funds became easier and more chapters were formed. The organization also started to do its own research to fight against this illness. Other than the fact that it manages the largest medical library on Alzheimer's and has a 24/7 toll free number, there are other aspects that need to be considered. The organization has made a significant impact in the understanding of the condition with the funded research on Alzheimer's.

The Walk to End Alzheimer's is a memory walk that is a fund raising event. This is an event that is held all year round in all 50 states that it is present in. The event encourages volunteers to come forward and become champions in the fight against Alzheimer's. The Rita Hayworth Galas ate held in New York, Chicago and Dallas. These fundraising events are named in honor of Rita Hayworth, a legendary film star who suffered from the condition. These galas are hosted by her daughter, Princess Yasmin Aga Khan. A Night at Sardi's is an evening of entertainment that was started by Laurie Burrows Grad in the memory of her father, a writer, director and a Pulitzer Prize winner. The event includes many television stars and has raised more than $16 million dollars for the LA Alzheimer's Association.

There are currently no articles available.
Related Categories
Health Diseases and Disease Research